How Do Solar Panels Work?

We all know that solar photovoltaic (PV) panels convert sunlight into usable electricity, but few know the actual science behind the process. We’ll dive into the basic science behind solar energy. It looks complicated, but it all boils down to the photovoltaic effect. The ability of a substance to emit electrons when exposed to light.

Before going to the molecular level, let’s take a high-level look at the basic flow of electricity generation:

Sunlight hits the solar panels and generates an electric field.The generated electricity flows to the edge of the panel and into the wires.The wires carry the power to the inverter, where it is converted from DC to AC, which is used to power the building.

Another wire carries the AC power from the inverter to the property’s switchboard, which distributes power throughout the building as needed.

Now that we have a basic understanding of the generation and flow of solar power, let’s take a deeper look at the science behind solar photovoltaic panels.

How do solar panels work?

Solar cells are made up of silicon atoms. Think of atoms as building blocks—like Lego blocks, but because of their small size, you need special tools to see them. The solar cells are derived from layers of silicon wafers that are about the size of a dinner plate, but much thinner—only about three times thicker than an average human hair. The simple understanding is that when photons hit a solar cell, they release electrons from atoms.

If conductors are connected to the positive and negative terminals of a battery, a circuit is formed. When electrons flow through such circuits, they generate electricity. Multiple cells make up a solar panel, and multiple panels can be connected together to form a solar array. The more panels you can deploy and the higher the power, the more energy you are expected to produce.

Turning the silicon crystalline layer into a solar panel requires a special preparation process. The silicon crystalline layer is heated to 1000 degrees Celsius, and then a layer of metal is placed on the back of the layer, while the solar cell is covered with a layer of holes. Metal mesh and let this side face the sun.
When the 60- or 72-row solar cells are prepared, they will be fixed on a layer of glass to make solar panels.

Each silicon atom contains tiny, light-mass electrons that carry a weak electric charge. When sunlight falls on a solar panel, it hits one of the electrons and dislodges the electron’s orbit. These hit electrons are free to move, but the special construction of the battery allows the electrons to move only in one direction toward the sun.

So when sunlight falls on a solar cell, many electrons will disengage from their orbits and become free electrons. Because of the nature of solar cells, electrons can only move upwards, creating an electrical current that can drive household appliances.

The stronger the sunlight falling on the solar cell, the more electrons will be knocked out of their orbits, and the greater the current that will be generated. If the weather is not sunny, the number of electrons being struck will be reduced, and the current produced will be reduced by 75 percent or more. At night, the solar panels do not generate any electricity, and the power supply at this time is completely dependent on batteries or other power sources. 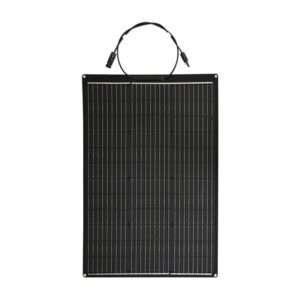 How do solar panels generate electricity?

With alternating current, electrons are pushed and pulled, periodically reversing direction, like the cylinders of a car engine. The generator produces alternating current as the coil spins next to the magnet. Many different energy sources can “control” this generator, such as natural gas or diesel, hydro, nuclear, coal, wind or solar.

What does a solar inverter do?

A solar inverter takes DC power from a solar array and uses it to generate AC power. The inverter is like the brain of the system. In addition to converting DC to AC, they provide ground fault protection and system statistics, including voltage and current on AC and DC circuits, energy production, and maximum power point tracking.

Central inverters have dominated the solar industry since the beginning. The introduction of microinverters is one of the biggest technological shifts in the photovoltaic industry. Micro-inverters are optimized for each individual solar panel, not for the entire solar system like a central inverter. This allows each solar panel to reach its maximum potential.

When using a central inverter, a problem with one solar panel (perhaps in the shade or dirty) can drag down the performance of the entire solar array. Another option to consider is the use of microinverters on each panel. If one solar panel fails, the rest of the solar panel can still operate efficiently.

How do solar panel systems work?

Here’s an example of how a home solar installation works. First, sunlight hits the solar panels on the roof. The panel converts the energy into DC current, which flows to the inverter. An inverter converts electricity from DC to AC, which you can then use to power your home. It’s very simple and clean, and it’s getting more efficient and affordable all the time.

But what happens if you don’t use the electricity your solar panels generate every sunny day at home? What happens at night when your solar system isn’t generating real-time power? Don’t worry, depending on your state and energy retailer, you may also benefit from a system called “feed-in tariffs.”

A typical grid-connected PV system often produces more energy than one customer needs during peak daytime hours, so the excess energy is fed back into the grid for use elsewhere. Customers receive a credit for the excess energy generated and can use the credit to draw power from the traditional grid at night or on cloudy days. A “feed-in tariff” is the rate at which you effectively “sell” your solar power back into the grid. 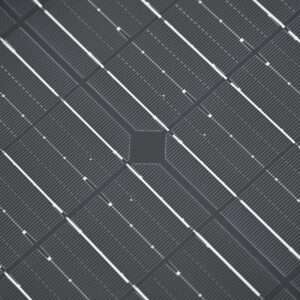 How can we use solar cells?

In addition to this, silicon atoms are the second most abundant atom in the world (the first being oxygen atoms). In fact, most sand and stones are made of silicon and oxygen, so we can’t use up all the silicon to make solar cells.